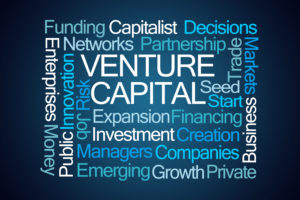 Craig Alexander Rattray chaired a Strathclyde 100 event and was intrigued by a very interesting presentation from two university lecturers/researchers. It was as a result of a chance meeting 18 months later that an opportunity arose to engage with one of the presenters.

The project had stalled for a number of reasons, but there was still a huge opportunity that one of the presenters wanted to develop.

As there was only a shell company and no cash, we agreed to work on the project on a wholly contingent equity related basis, and to rework the strategy and the opportunity, with a view to raising the finance to allow the first phase of the project to progress.

Over the course of the first month we worked on the Business Plan and quickly realised that there was an opportunity to engage with Scottish Enterprise and apply for a SMART award at the same time as presenting to the Gabriel Investment Syndicate to attempt to secure the “matched” funding.

Both applications were successful and finance was secured reasonably quickly.

The company’s products and services have applications in various industries including Medical (where the initial focus is), as well as Energy, Financial Services, Transport, Defence and various other commercial areas.

Although no longer involved, there remains worldwide potential for this exciting business.