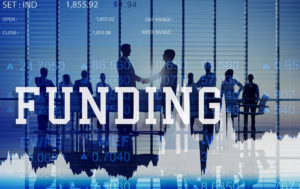 We were introduced to an early-stage technology company by one of the existing directors.

The company was a spin-out from the National Health Service and a University in 2015 and was seeking a new Chief Financial Officer.

The company had previously raised a seven-figure sum from a combination of public, private and individual investors and following successful initial development was ready to raise a similar sum to move to trials.

Craig Alexander Rattray accepted the role as CFO to oversee all financial and investment related matters.

This involves leading the internal team, external bookkeeping accounting team and the external auditors, as well as ensuring effective and robust financial forecasts and projections.

The positive developments have continued and Craig Alexander led the recent finance raising in conjunction with the CEO.

This has allowed the company to move to the next phase of its development of its novel therapeutic and diagnostic products.

It is an exciting role as the market is worth in excess of $20 billion and success in this next phase will result in a market leading company capable of securing a significant share of this market.