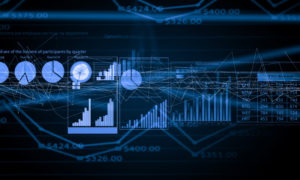 Craig Alexander Rattray was introduced to the friend of an existing client who was having difficulties with financial information in his fast growing company.

The business had failed to grow the Finance Function in line with the growth in turnover and the CEO no longer believed the information and felt that he was “running blind”.  Having grown from £1m to £3.5m turnover in less than two years it was clear from the Initial Review that all was not well with the accounting and financial management.

Like a number of previous assignments for clients in similar situations, the role was split into two phases to cover the Initial Review followed by ongoing support.

As part of the process new accounting advisers were appointed and we worked closely with them to ensure that the previous year end figures and balance sheet were accurate, to allow that as a basis for going forward.  Internal roles and responsibilities were changed and various new reports and controls were introduced, and the existing finance facilities were also increased by the existing bank.  This is exactly like a previous situation that we were involved in fixing, and is very much common place amongst many SMEs.

Proving that we operate by doing the simple things well, we defaulted to the usual format for the financial infrastructure and used systems and procedures that are tried, tested and known to work.

The new reporting regime is working well with timeous and accurate information produced on a weekly and monthly basis, which is formally reviewed by the board at the monthly meeting.  The rolling 13 week cashflow model is updated weekly and used as a basis for managing cash and making key investment decisions going forward.

The CEO now believes the figures and is using them to “run the business” and make decisions in respect of future growth.

The company continues to show positive growth prospects and we have worked closely with the existing bankers to increase the working capital facilities – something they had previously refused to do as a result of the poor financial management.

Craig Alexander Rattray has continued in a part-time Finance Director role and continues to assist in other strategic and commercial matters on an ongoing basis.  The company is well placed for continued profitable growth over the next few years.