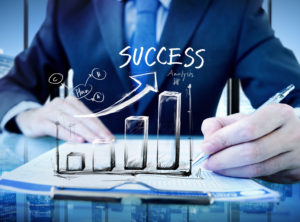 We were introduced to a fast growing company by the company’s bankers.

The business had shown attractive growth over the previous two years (turnover of £4 million to £7 million) and was keen to push-on and work towards an exit.

The bank remained keen to support, but had concerns over the quality of financial management within the company and also wanted someone who was able to “stand-up to” the dominant CEO and majority shareholder.

Following an initial review project where we carried out a high-level review over a two week period, Craig Alexander Rattray was appointed Finance Director.

Our Initial Review had highlighted many deficiencies in the company’s financial management and we agreed in advance of our role the areas that needed to be changed, as well as the growth and exit strategy that the owner was comfortable with.

During the next six months we revamped the finance team and the reporting infrastructure.

As a result of the continued growth, cash management was vital and we introduced multiple changes and improved the Finance Team.

With the changes embedded and the new culture, the bank increased working capital support which allowed growth in the next year to reach almost £12 million.

The changes and use of better information allowed the company to increase gross, operating and net margins and this drove profitability well in excess of what the owner thought possible.

We grew the management team and this allowed the owner to take more of a strategic role as well as preparing the company for exit and a short handover.

Debtor days reduced significantly (from 64 days to 38) and there were no cashflow issues.  Growth was easily financed through improved profitability, cash management changes, and the improved working capital facilities.

The owner knew his industry very well and he had already identified two potential acquirers.

This was perfect so we approached both on a confidential basis and created a competitive situation.

Craig Alexander Rattray ensured the company had an effective Virtual Data Room for the due diligence exercise and this accelerated the process and led to two offers – both in excess of the owner’s aspirations.

Strangely, the owner decided he preferred the lower offer as that company did not need him for any form of handover.

Following agreement on Heads of Terms the chosen acquirer instructed a “Big-4” firm to carry out financial due diligence.

As a result of the quality of the Virtual Data Room that we had prepared, this was a “quick and painless” exercise for the business owner as we guided him through the initial planning and preparation, and then managed the process.

There was no adjustment to the headline price and no surprises during the due diligence process.

The sale price at a significant EBITDA multiple was much more than the owner had ever envisaged.

The key to that was preparation, storing financial management and understanding the sale process.