“Hand Holding” and “Bridging the Gap” 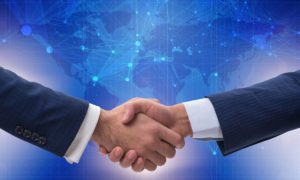 Craig Alexander Rattray was invited to meet the owners of an underperforming hotel by the existing bank.

The company had suffered from the general economic downturn and some internal management issues had severely impacted on performance.

We were appointed by the shareholders of the company and agreed to work with the management team to provide the bank with a range of information including current management accounts, prior year statutory accounts, updated forecasts and a new plan.

As a result of this, we managed to convince the bank that an IBR was unnecessary.

The successful outcome of this resulted in the facilities being renewed and indeed increased, a new agreement on the term loans, and the appointment of a new Relationship Manager.  In summary, everyone was happy, and we were requested to remain involved with the company.

This Case Study highlights the importance of an independent third party view and shows that there is often a perception gap between the bank and its customer when there are pressures on the business.  We were able to clarify the expectations of each side to the other and “hold their hands” through the process to a successful conclusion.