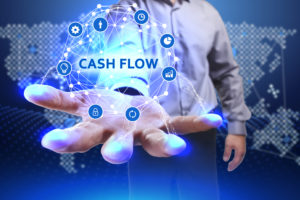 We were introduced to the directors of a rapidly growing business by the existing bank.

Turnover for the financial year recently completed was approximately £3m having risen significantly from the prior year figure of £1.3m.  The company was annualising approximately £6m based on “current run rate” and was continuing to experience significant growing pains as a result.

Cash was extremely tight and the business was probably over-trading based on its existing banking facilities.  Supplier credit limits were causing a difficulty as they were based on the filed historical accounts.  In addition, many customers were lax in paying within the company’s credit terms and there was a potential problem with a number of significantly overdue trade debtors.  There was no experienced finance professional within the business.

Working closely with the directors and company’s finance providers, we performed an Initial Review covering the following key areas:

As part of the role we met with the company’s finance providers and secured an almost doubling of their working capital facility as a result of the initial work that had been carried out.  In addition, we engaged with the key suppliers and secured increases in credit limits and credit terms.

A detailed action plan was created and implemented to collect the “old” debts and to focus on improving the current cash collection from customers. The ageing profile and debtors days figures showed vast improvements within the first quarter of our role.

Internally, roles of the finance team and the systems and procedures were changed to improve the quality and timeliness of financial information, and monthly Finance Meetings were held within ten working days of month end.  The financial information was used as a key part of the management of the business and in key decision making, and provided the directors with visibility of the cash position that had been a real concern for many months.

The directors were aware of their lack of experience in certain key areas and have now addressed this by retaining Craig Alexander to work with them for the longer term and play a key role within the Strategic Financial Management of the company.