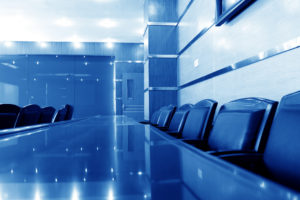 We were invited to assist a company in the professional services industry by the company’s solicitor.

The company had grown rapidly following a Management Buy Out three years earlier and had also acquired a competitor eighteen months after that.  A significant element of the purchase price was deferred.

The loss of two key clients resulted in projected turnover falling from in excess of £20 million to less than £15 million.  Craig Alexander Rattray worked in conjunction with the senior management team to restructure the business across its eight UK offices to meet the changed circumstances.

Various changes were made including a significant reduction in personnel from over 300 to approximately 200, and a voluntary salary reduction by other employees.  These drastic measures, in addition to various other overhead cuts, were required to allow the business to continue to operate within its existing banking facilities and to remain profitable.

As a result of the changes made and the swift action taken, the company did not need to seek any addition to its existing finance facilities.  However, the existing financial covenants breached and were no longer appropriate and as a result, had to be renegotiated.

In conjunction with our support, the company approached the bank with a robust plan and strategy to deal with the “downturn” and following a series of meetings and presentations, we were able to renegotiate the financial covenants.  The company also renegotiated its obligations to the shareholders of the business that had been acquired.

In addition to the “business restructuring”, Craig Alexander also worked with the Finance Team to change the approach to credit control and implemented a number of new systems and procedures which resulted in a reduction in debtors days from over 75 days to less than 55 days over a four month period.

In summary, the key to this case was the proactive approach taken by the client company in both making the difficult changes and also in approaching the bank with a “plan”.

In the current climate, many banks have a number of problem situations and whilst the plan may not be “perfect” from their perspective, in most situations ongoing support (and indeed additional support through an extension of existing facilities) is more likely to be given if the company is seen as addressing the key issues and has a clear plan for the way forward.

It is never too early to engage appropriate professional advice and support to address such situations.