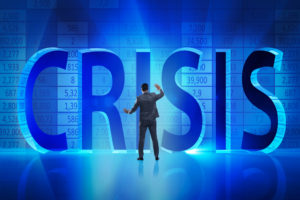 Craig Alexander was introduced by the existing bank to a company that had been experiencing cashflow issues despite the management accounts indicating that the business was trading profitably.

The bank felt that the financial information was inconsistent with the cash position and recent cash outflows of the business.

From an initial review of the information, it appeared that the management accounts had been misstated in a number of areas and that certain information had not been made available to either the bank or the shareholders, and the senior management team. The Finance Director had recently left the company and various things did not make sense.

We worked closely with the bank and the company’s auditors, and in the course of the next few weeks established that:

We established that the company had actually lost in excess of £500k compared to the £150k profit previously reported – a swing of £650k on turnover of £7.5 million.

We prepared an “Initial Review Report” which outlined the reasons for the change in the reported results; an explanation of the current year position; operational business changes that we had instigated; an updated order book status; and a revised budget for the remainder of the financial year and the following year.

This allowed us to manage the critical situation and ensured that the bank was fully aware of the position and the background.

We introduced a rolling 13 week cashflow forecast which incorporated a renegotiated TTP agreement with HMRC and various supplier payment plans that had been agreed, and introduced a new financial management and reporting infrastructure.

After six months, performance to date was ahead of the revised budget and the bank remained supportive of the company.

Craig Alexander Rattray was appointed by the company to oversee the turnaround and liaison with the bank, and to agree a restructuring of the existing banking facilities and secure additional finance.

This was successfully completed within a nine-month period and the company back on a profitable operating performance.