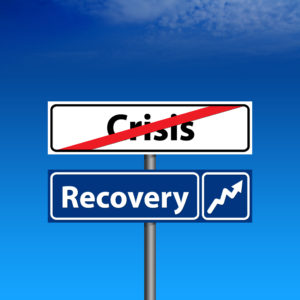 Craig Alexander Rattray was introduced by the company’s bankers to a business that had being going through a challenging period.

The company had had difficulties with cashflow, gross margins and ultimately profitability. This was a cause of concern to management, the shareholders and the bank, even though the company returned a small profit in its previous financial year.

Following an initial review project, we were engaged on an ongoing role.

We started this by changing the financial management processes of the company and introduced new reporting and forecasting regimes, and also made changes to the IT infrastructure.  We worked closely with the bank and explained the changes we had made and our plans for moving forward.  By improving the bank’s understanding and confidence we were able to ensure that the company had adequate financial support to work through the next period which involved an increase in facilities.

Following this, we initiated a number of operational changes and changed the focus of the team to that of gross margin and delivery of projects within budget and on time.  A new operational management structure was put in place with some people leaving to be replaced by staff more suited to the roles and the new regime.

The new job management system allowed individual projects to be monitored on an almost real-time basis providing great visibility to the senior management team, and also an early warning red/amber/green system.  The ability to monitor against original budget allowed variances to be identified and investigated quickly.

Weekly operational review meetings are now held amongst the operational team, and a monthly Finance Meeting in conjunction with the Managing Director and Finance Director to review this information.

The results in the current financial year have been outstanding. Despite a fall in turnover of c£500k to £6.5m for the first eleven months, gross margins are more than 10% higher (an improvement of more than 30%), an increase of over £500k with an improvement in EBITDA of c£700k.

Key to the success has been the close role played by the MD, the refocused operational team, continued support from the bank, and using the information to “run the business” and make decisions and changes.

Our ongoing role is focused on ensuring continued improvement, strong financial management and ensuring that we stay close to the bank.