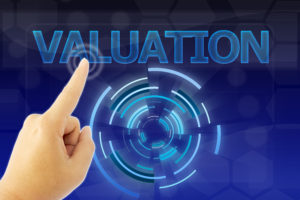 We were introduced to a struggling company by the existing accountants.  The business had been severely impacted by the “lockdown” restrictions on movement and trading, and it had become commercially unviable in its current form.

Our role was to work with the existing accountants to restructure the business and to prepare valuations for the different divisions.  The intention was to use an insolvency procedure to allow the profitable trading divisions to continue in a new company.

We worked closely with the accountants and were able to use the information they had prepared as the starting point for our role.

This saved considerable time which was vital due to the time pressures.

The company operated from different geographic locations and leased premises.

Two of the sites were clearly unviable and had been only marginally profitable before the restrictions were imposed.  The impact of “lockdown” was a step too far and without appropriate action they could jeopardise the whole company.

Action was taken to renegotiate leases, reduce employee numbers, and other operational and overhead changes were made.

We prepared a valuation for each of the divisions and for the overall company by analysing the recent trading results; the historic and current forecasts; the cash position; current and contingent liabilities; valuations of all equipment.

The company was able to effect the restructuring and 70 jobs were retained.