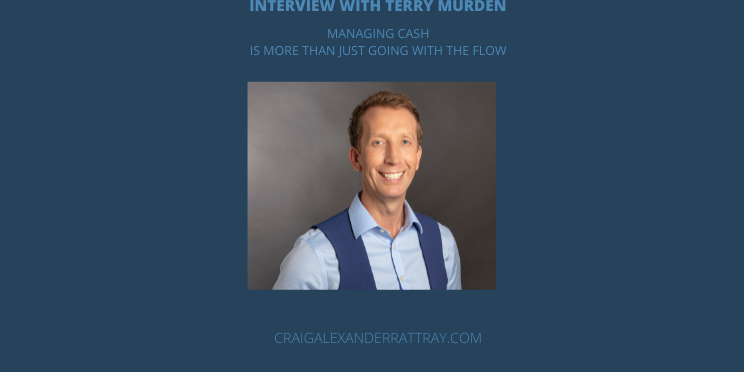 Managing Cash is More Than Just Going With the Flow

As an accountant-turned-growth-strategist Craig Alexander Rattray has been inside a lot of boardrooms and worked with many owners and executives, and he’s prepared to offer an honest assessment about what he’s found.

He says that even those controlling the money don’t always have a grip on what they are doing, and he tells a story about one finance director who told him his company “did not do cash flow” and that they “just got by”.

That proved to be a badly-timed admission. “Next day the guy had to go to his board and tell them there wasn’t enough money to pay the staff wages,” says Rattray.

That experience helped convince him that there was a fundamental weakness in many companies – that many of those running them don’t really understand how the money flows.

“Business owners know how to make widgets but they regard the work of the accountant as some some sort of black art. I genuinely believe that many business owners just don’t know how accounts work.”

Rattray is now helping to fill the void in a new booklet produced in conjunction with Jeff Borschowa, a Canadian business coach “and all things related to business efficiency” whom he got to know through LinkedIn.

It’s designed as an essential guide to understanding and implementing a cash flow strategy, It’s also an attempt to shift the focus on to what might be regarded as the missing link.

“Accountants are always looking backwards,” he says. “I don’t care what happened last year, it is about where you are going,” says Rattray, adding that businesses could help their survival chances if they applied some of the basics of cash flow management. Statistics show that 80% of small businesses fail within the first five years and the biggest cause of failure is poor management of cash flow.

So why isn’t it something businesses take more seriously?

“I don’t know,” he says, laughing at the absurdity of the absence of such basic knowledge in company financial planning.

“We want to reverse that trend and give every business a fighting chance.”

Rattray grew up in Wishaw, attended his local high school and, like many young boys, he dreamed of becoming a professional footballer, though his hopes were never raised beyond the school playing fields. Instead he chose the numbers game and his goal became advising companies on how to survive and grow.

‘Quite simply, fewer companies would go bust if they kept on top of their cash situation’

After university he trained as an auditor with Arthur Andersen, but soon felt frustrated with its backward looking process. “In my view you need to know where you have been, where you are and where you are going.”

He developed a fondness for real time information, believing that “if you do something every day then you are only ever one day behind”. Online accounting, he says, means “there is no longer an excuse not to have up to date data.

“Quite simply, fewer companies would go bust if they kept on top of their cash situation.” Too many, he says, confuse profit with cash when they are not the same thing.

He believes real time working has been a positive that has emerged from the last 12 months when business leaders have been forced to change their way of working remotely and with different supply arrangements. “Those who have adapted will come out best,” he says.

Rattray’s career took him from Arthur Andersen on a journey that included the private equity team at Clydesdale Bank, Scottish Development Finance (forerunner of Scottish Equity Partners) and British Linen Equity. He joined a Thornliebank company, Baronshire Engineering, which was acquired by a New York Stock Exchange company and which proved to be one of his biggest learning experiences.

There was a spell working with a former boss in a corporate development company, then some other acquisition, investment and FD roles before he set up his own company CR Corporate Solutions in 2009 to provide part-time FD/CFO roles and strategic development where he began taking equity stakes in a number of growth firms, before setting up Excolo33 in 2019 to offer advice on building shareholder value.

He has a portfolio of investments in 15 companies which include the skincare company Cutitronics, the space photography firm Spelfie and an early stage mindset company Neurobright. He believes three of the companies in which he has holdings could exit at more than £100 million.

In the process of trying to convert businesses to better understanding cash flow he underwent a conversion of his own. His wife is Greek and he became Greek Orthodox.

“I don’t want to come across as a Bible basher but it fits my philosophy of treating people well,” he says. “I do my morning prayers and readings and it is good for my psyche. I have a reputation for being very calm.”

He admits, however, to getting frustrated with governments obstructing entrepreneurs with what he considers ill-judged policies. He has in mind the cut in entrepreneurs relief and current talk about hiking capital gains tax.

“That worries me from an owner managed business perspective as they are the lifeblood of the economy. We need people like that and if we penalise them who is going to take the risks?”

He would like to see business leaders running the country. “They would base decisions, not on political gain, but on sound finance,” he says, offering up the likes of Richard Branson and Lord Sugar as the sort of individuals who would get things done.

“Billy Connolly once said that anyone who said they wanted to be a politician should automatically be banned from being a politician. I have to say I agree with him.”

Who or what has been the biggest influence on your career?

I have had various mentors/influencers at different stages of my career.  However, the biggest influence is probably from my childhood when my father told me that if I ever wanted to be successful to work hard, and related to that if I wanted a car/house etc to work hard to achieve it. I did and bought my first car at 17 and first house at 20, both self-financed.

What did you hope to be when you were young?

What does 33 refer to in your company Excolo33?

Excolo had been taken, along with other variants, so I chose 33 which is the age that Jesus was when he was crucified.

How do you relax?

I have a home gym with lots of equipment, a large jacuzzi bath, and a games room with pool table and lots of sporting memorabilia where I enjoy watching a variety of sports.

Do you carry cash?

I usually have a couple of £20 notes in my phone case.

What have you learned about yourself?

I am loyal, hard working and always happy to help others.

I don’t do anything that I feel guilty about, although I do own an Aston Martin DB9 Volante.

What other activities do you engage in?

Not a lot!  Pre-lockdown I enjoyed catching up with my children and grandchildren.

What do you find frustrating and what annoys you?

Do you have any claims to fame?

A couple.  I sang the full Orville song, with different voices, to Keith Harris in a very busy restaurant one evening, and once won a poker tournament with more than 5,000 people in it.  Different evenings though!

What is your business motto

Jesus Christ, to learn from his compassion and humility.

Richard Branson, to learn about his business journey and ability to turn ideas into commercial reality.

Billy Connolly, to make me laugh. Some of my answers to interview questions go on as long as some of his stories.

This interview was first published on Daily Business (https://dailybusinessgroup.co.uk/) on 7 February 2021.